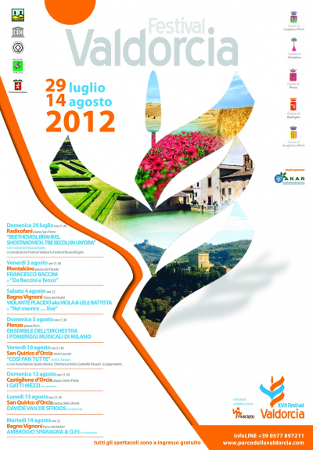 Even though the two big events of Montalcino's festival season (JAZZ&WINE and MUSICA REALE) already came to a close, music lovers are still in time to enjoy a few gigs and concerts in an around Brunello town this August.


A free event is coming up in Montalcino right at the beginning of the month. Tuscany's Archaeological Festival offers great events for little or no money in every corner of the region. Not just for archaeology freaks, but also for kids and the average tourist. The free concert on Sunday in the cloister of Montalcino's museum is part of this project. Montalcino Museum,  August 5, 9.30pm - Maurizio Mastrini (piano)

Pienza will be one of the stages of the Val d'Orcia Festival. On Sunday 5th of August the orchestra I Pomeriggi Musicali from Milan will be in concert on the city's stunning Piazza Pio II. The concert starts at 9.30 and tickets are for free!